MGM Grand Las Vegas is a massive hotel casino located on the Las Vegas Strip.  Completed in 1993, the hotel remains the second largest hotel in the world with more than 6,800 rooms.

In addition to the Las Vegas USA hotel complex, the facility has a large casino, convention center and numerous bars, restaurants and entertainment venues.

The Grand is also home to the MGM Grand Garden Arena which is used for combat sports including professional boxing, ultimate fighting and other contests.  The arena can seat over 16,000 guests. 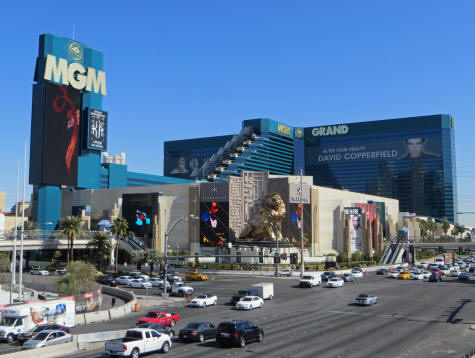 The MGM Grand Las Vegas is located at the intersection of Las Vegas Boulevard and Tropicana Avenue in Las Vegas USA.