Caesar's Palace is one of the oldest hotel casinos in Las Vegas USA.  The first tower (Centurion Tower) was completed in 1970 at at cost of $4.2 million.  It has been enlarged and modernized over the years.

This historic Vegas hotel currently has around 4,000 rooms in six separate towers.  It is also home to a large convention center. 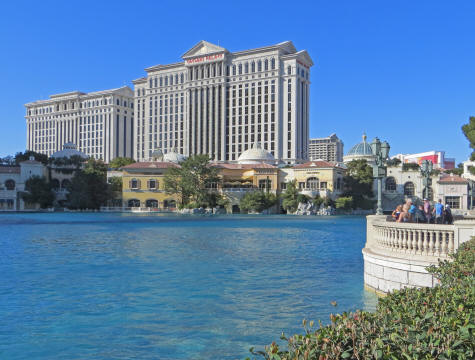 A 4,200 seat entertainment facility was build for Celine Dion some years ago.  This venue is frequently used by Elton John and Bette Midler.

Caesar's Palace has been featured in many Hollywood films over the years including Rocky III, Rain Man and Ocean's Eleven.

Caesar's is situated at the mid-strip between the Bellagio and Mirage hotels in Las Vegas USA.