The Aria Resort and Casino opened in December of 2009 and is one of Las Vegas USA's most modern hotel casinos.

Located at CityCenter on the Las Vegas Strip, the curved glass building is comprised of two large towers - a 51 story building and the 61 story tower.

The Aria Hotel is a five diamond facility that has over 4,000 rooms, 16 restaurants and a massive casino. 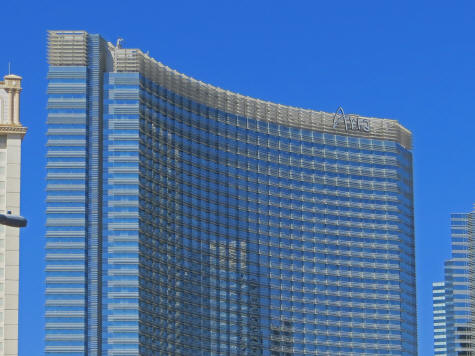 The Aria also has a convention center and 1,800-seat theater which is currently featuring Zarkana by Circle du Soleil.

This modern, high-tech facility was featured in two major films: "Las Vegas" and "Now You See Me".