Circus Circus Hotel is one of the oldest hotel casinos in Las Vegas USA.  It originally opened in 1968 as a casino.  Hotel towers were added beginning in 1972.

As the name suggest, the hotel decor is based on a circus theme.  The facility includes a Theme Park called Adventuredom. 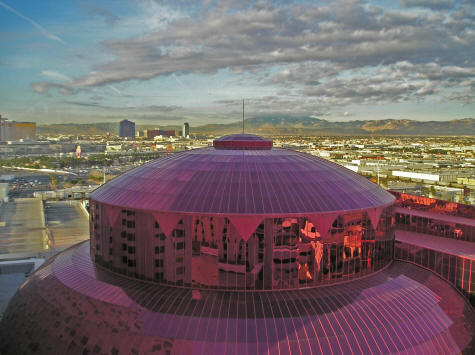 Circus Circus is one of the least expensive hotels on the strip.  Consequently, it attract families and bargain-hunters.